Social distancing is the way we beat the virus as the whole world begins to realize in the front of a major global crisis. Although first cases have been reported in November of 2019, we have yet to see it’s full extent in spreading worldwide faster than ever. While the West seemed to have been heavily critical of China’s ability in contain the virus, they too have bot been able to slow down the outbreak in their countries, truly showing no country seems prepared against this pandemic. Should we put the focus towards why it happened, who is to be blamed or actually take efficient measures to prevent more from dying. What I can conclude is that this virus has shown greatly the best and worst of humanity when we find people who sacrifice their lives for saving others and those who hoard any supplies available coexist.

With the overload of information being announced by the hour and finding out it’s worse than anyone would have expected, what do we as students do against such helpless situations? While trapped inside our house like a box, we drown ourselves with entertainment in media, video games and news to find a reason to wake up. Zoom is definitely also another big part of our lives as we stay educated but often with issues in timing and technical difficulties. Once in a week or so, we have to just go out for actives or reconnecting our lives back with nature to rid ourselves of the cabin fever of endless hours indoors. What is time as a concept anymore when our daily schedules are greatly disrupted with the inability to live normally. Should we question if it’s really the virus that’s the major issue in our society today or is it only exposing greatly what has always been flawed?
In this film, we will explore a starter pack of what to do at such times of crisis. Life simply would be far too dreadful if everyday was wake up, work, food, work, and bed. I will demonstrate what we can do in this film so we can have a more fulfilling life. 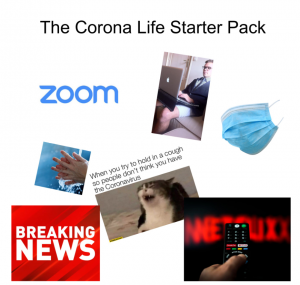